WITCHING OUT – THE BEGINNER’S GUIDE TO MODERN MAGIC is a magical, online editorial destination for young witches to learn all about the many facets of modern witchcraft. Without any focus on deities or religion, Witching Out will help you live as your best self in a world full of the wonderful things you want and deserve. Written and hosted by Michael Shirley, this one-stop, witch school teaches even the most seasoned magician new tricks of the trade. From DIY projects for crafting your own magical tools to tips for enchanting and preparing magical food, there will be something to inspire witches of any skill level.

DOCTOR COUTURE was an American, luxury sportswear and lifestyle brand for men, women & children – designed by Michael Shirley. Founded in Hollywood, CA in 2010, Doctor catered to a clientele of jetsetters and celebrities all over the globe. In 2014, Doctor partnered with PETA, making the brand an official “PETA-Approved Vegan” fashion brand – discontinuing all leather, fur, and wool products from all future collections. 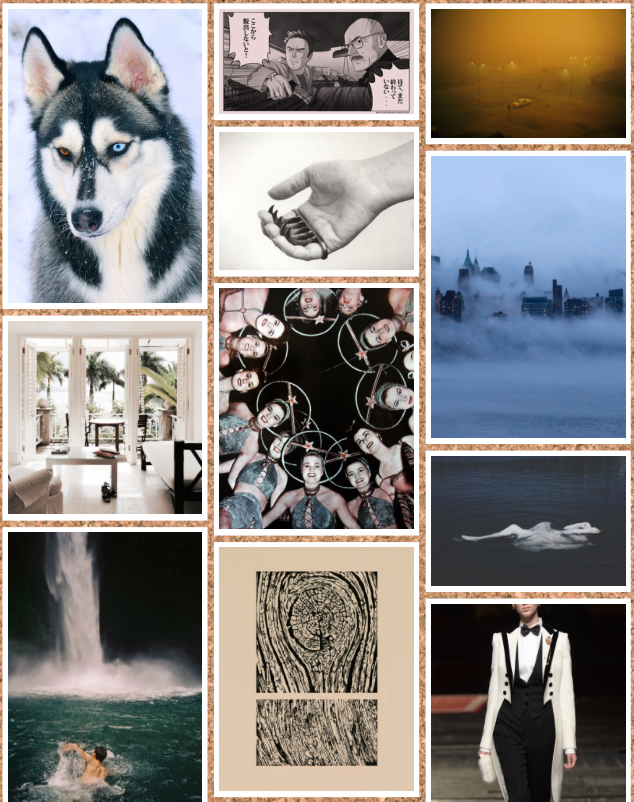 In 2010, Michael transitioned his personal inspiration board into a Tumblr blog, giving his readers the chance to view his creative process and mood board in real time. To this day, it is an ultimate inspiration destination housing over 6,000 creative photos and growing monthly.

JULIE ROSE TAROT is a deck of 22 Major Arcana tarot cards developed and illustrated by Michael Shirley for Hollywood tarot reader and life coach – Julie Rose. With a focus on femininity and style, this set of mixed media divinatory cards is perfect for beginner to advanced tarot readers.

I HATE MICHAEL SHIRLEY – THE LIFE & TIMES OF A HOLLYWOOD SOCIALITE was a luxury lifestyle blog written by Michael Shirley from 2009 through 2015. It was a young insider’s daily look into the worlds of fashion, music, and art.

C.O.D.E.N.A.M.E. LUXURY JONES is the pilot episode of an I Hate Michael Shirley web series which marked Michael’s return to TV hosting after a 5-year-hiatus.

LIONHEART ART GALLERY is an online art gallery which was curated by Michael Shirley from 2013 through 2015. The collection consists of over 200 pieces by artists from all over the globe, as well as much of Michael’s own work.

MIC BY MICHAEL SHIRLEY was an American rock ‘n’ roll-inspired, fast fashion brand designed by Michael from 2012 through 2015. The collection consisted of t-shirts, tote bags, pin-back buttons, and other items one would expect to find at a concert merchandise stand. All products ranged from $5 to $35.

MICHAELWOOD was an online fashion boutique for men and women, curated by Michael Shirley from 2013 through 2015. The store catered to young people on a budget, seeking the Hollywood look for less.

THE MICHAEL SHIRLEY SHOW was developed as a 10-episode talk show for Buzznet in 2010, with the premise of Michael interviewing his celebrity friends in cross promotion with their current projects in Hollywood. The first episode featured Scout Taylor-Compton and focused on her role as guitar legend Lita Ford in “The Runaways” film. Shortly after filming the pilot, Michael was diagnosed with Bell’s Palsy, a nerve virus which paralyzes half of the face for an undetermined amount of time. Unable to work on camera, the show was cancelled and Michael went on a 5-year-hiatus from TV hosting to recover and work on various passion projects.